December 30, 2015 by twodrifters No Comments 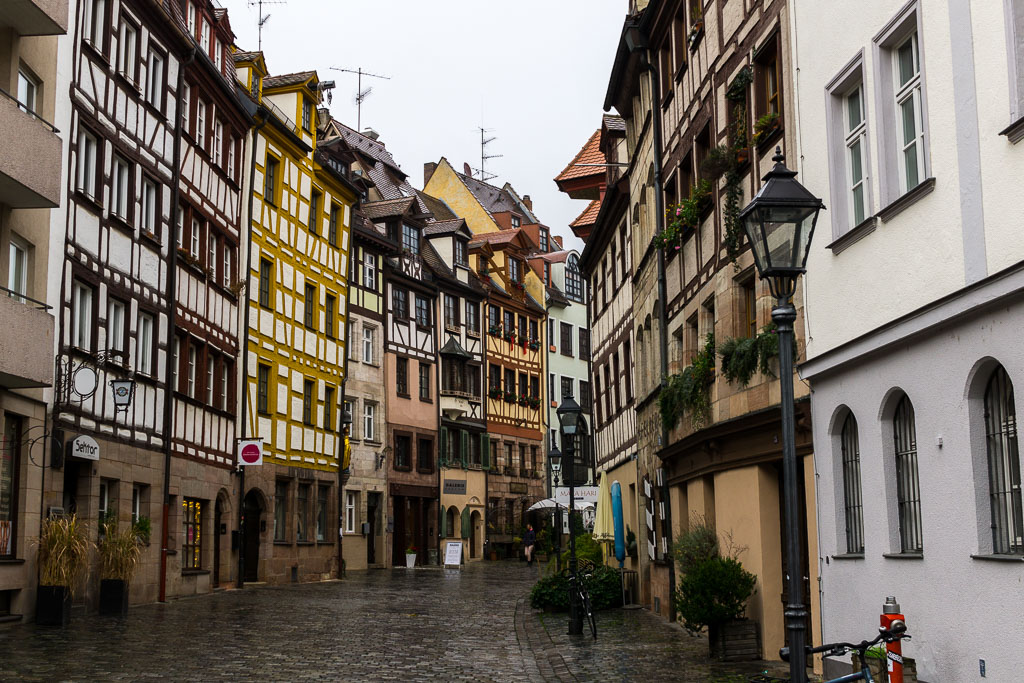 Nuremberg was really lovely and quite a charming surprise! 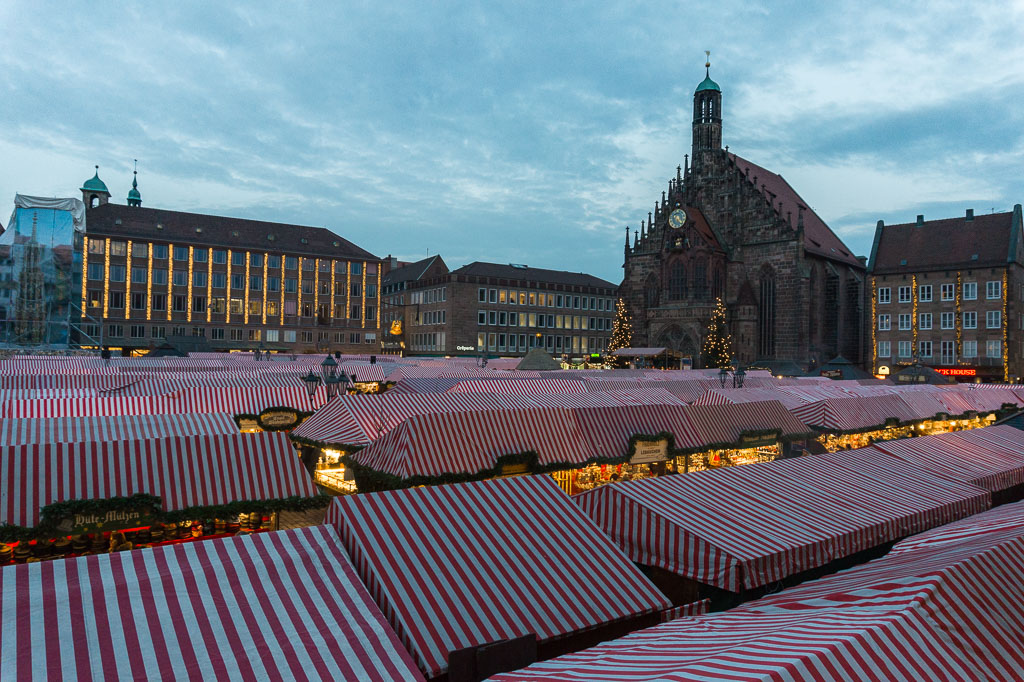 Nuremberg and its Christmas Market.

To tell you the truth, we only planned to visit it as we heard it had the most famous of the Christmas markets in Germany. The only other things I really knew about Nuremberg was its past during the Nazi regime, how badly it was bombed and the Nuremberg trials that followed WWII, so I honestly wasn’t expecting to find it as pretty as we did. But it was actually such a charming, energetic city and we really loved our time here. 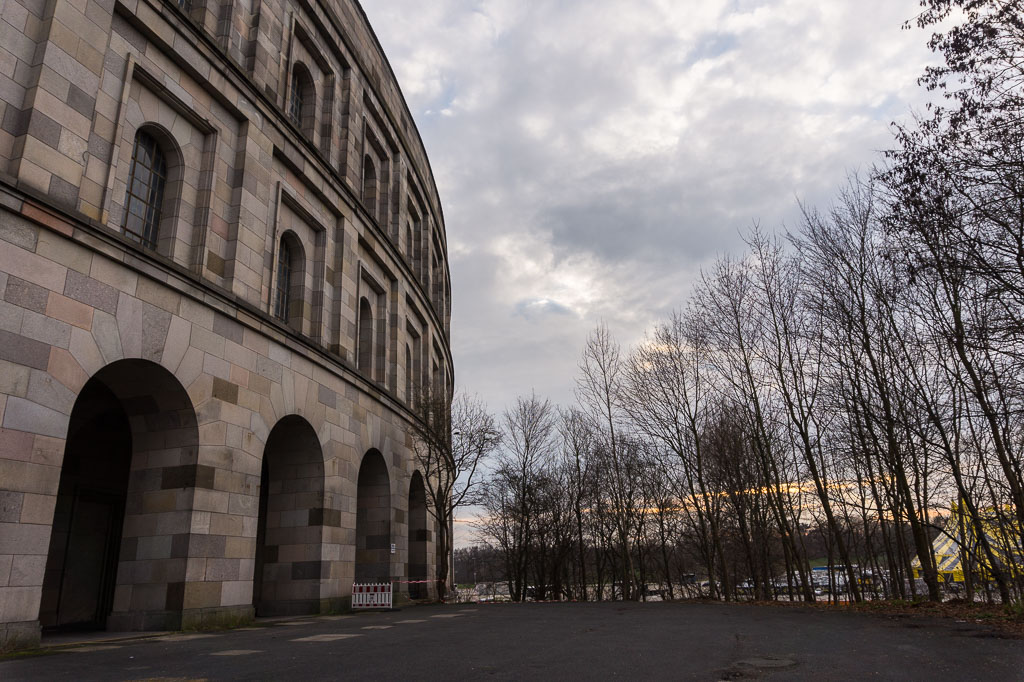 Firstly, Nuremberg was seen by the Nazis as the ‘most German of German cities’ due to its rich Imperial and Germanic history and because of this, it was turned into the most important city for Nazi rallies and propaganda campaigns. Every September, huge week long rallies and parades were held here at the enormous Nazi Party Rally Grounds, which were built purely for these, with even more elaborate plans to expand that were never realised.

These Nazi Party Rally Grounds have been turned into the Documentation Museum now, which was fantastic. We spent about 4 hours here exploring. It focuses mostly on the causes, context and consequences of the Nazi reign and the fanatical propaganda and methods used on the people of Germany and then of course, the disastrous consequence that was the result. 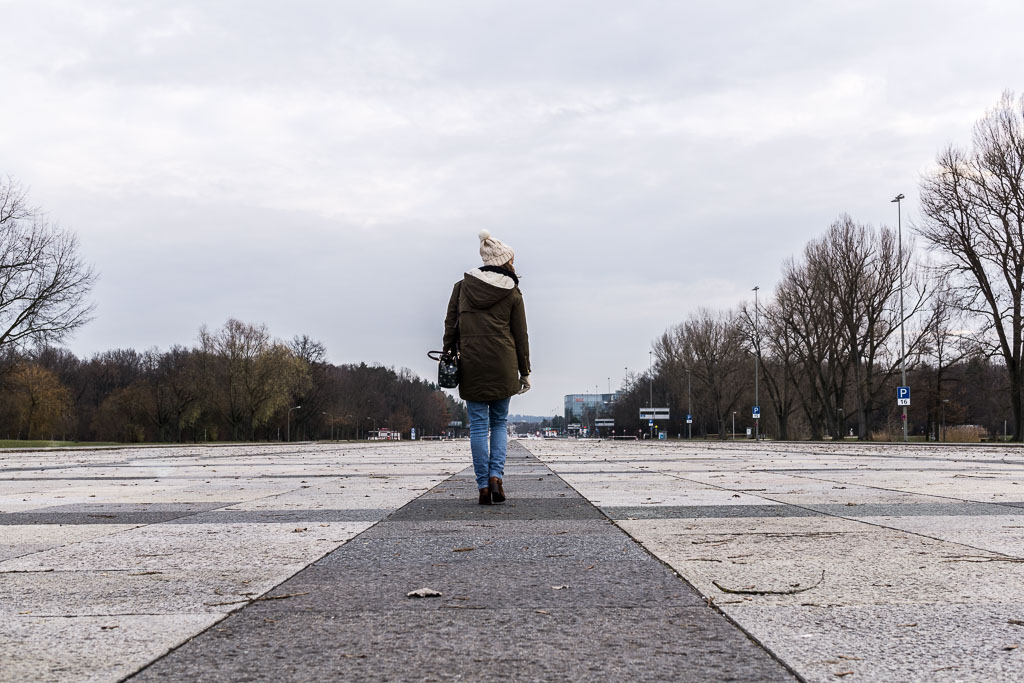 The Grand Road which was built specifically for Nazi parades and now is used as a car park. 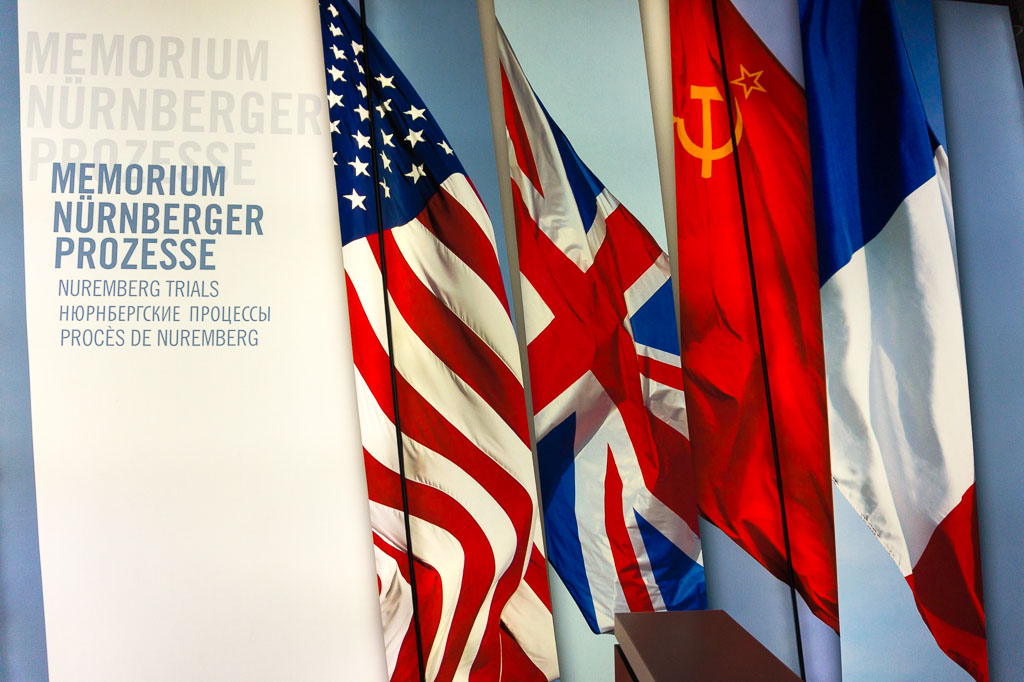 Due to these significant events occurring in Nuremberg during WWII, it was decided that it would be the site of the trials 0f significant Nazi members – the main war criminals. This was the first international trial of war criminals and was held in Courtroom 600, which we also visited. This museum presented the process that was undertaken by the Allies after the war, during the trials and the consequences of them. It was interesting to also see how the international community has developed since then with its treatment of war criminals. 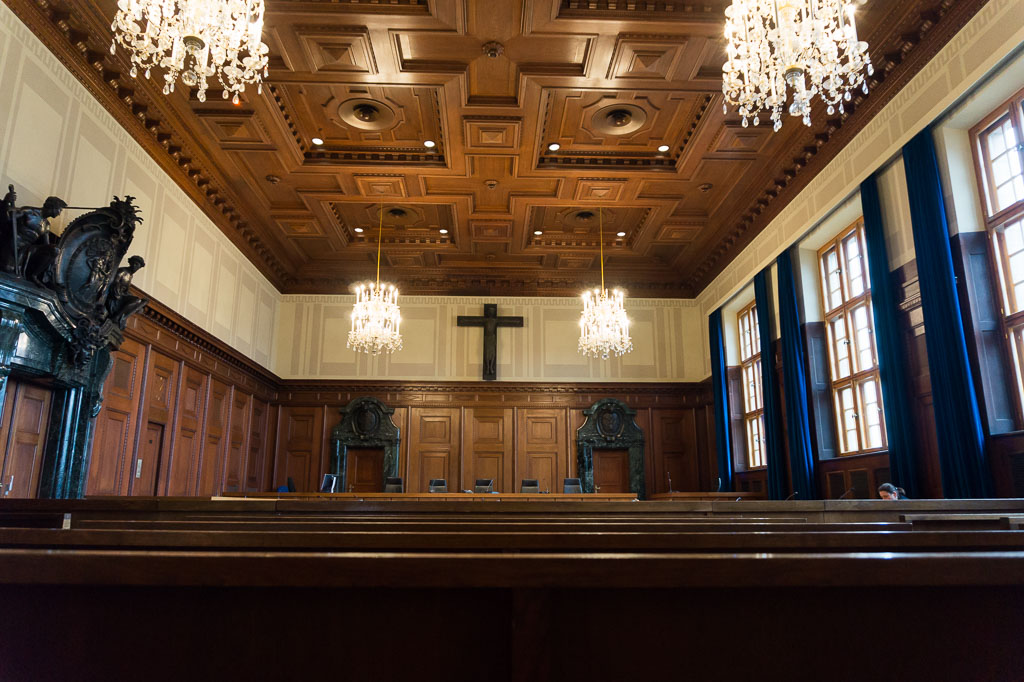 Courtroom 600 where the trials were held.

Since then, Nuremberg has completely changed, with a focus now on human rights activities. One of these is the Way of the Human Rights, 27 huge round pillars line the walkway. On each pillar is an engraving of one article of the Universal Declaration of Human Rights in German and then in another language. A lovely reminder of how far the city has come since WWII. 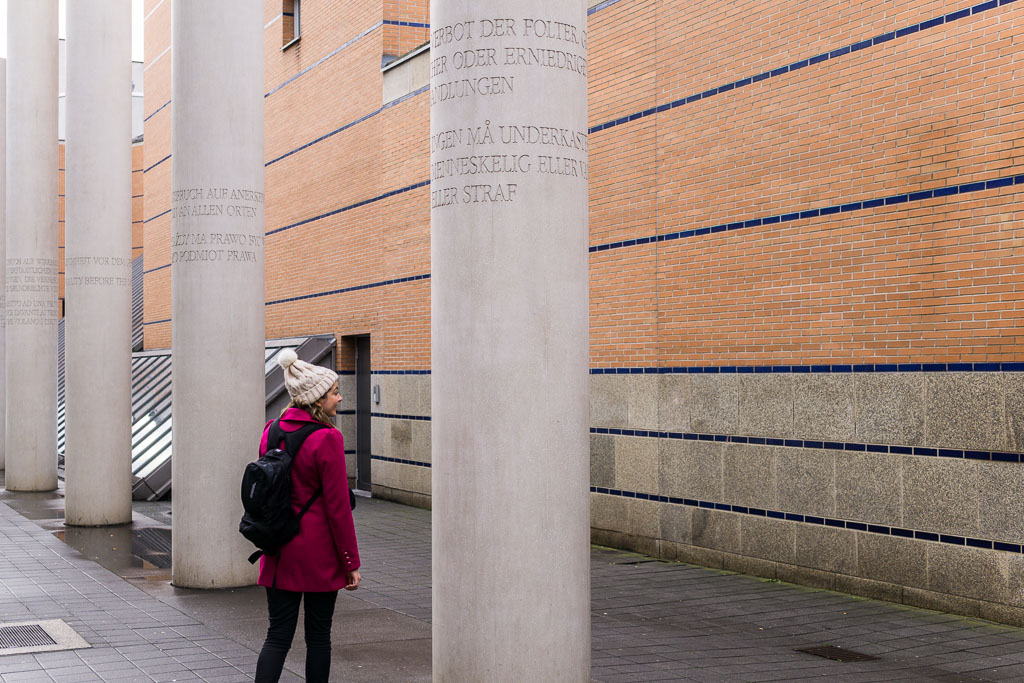 One of the pillars on the Way of the Human Rights

Nuremberg was badly bombed during WWII, but has been rebuilt like it was before. It has the most beautiful medieval style areas that were so lovely to wander through. It also has the Craftsman Courtyard which is a charming area filled with little shops of all sorts of craft work. Some standouts were the stained glass maker and blacksmith! 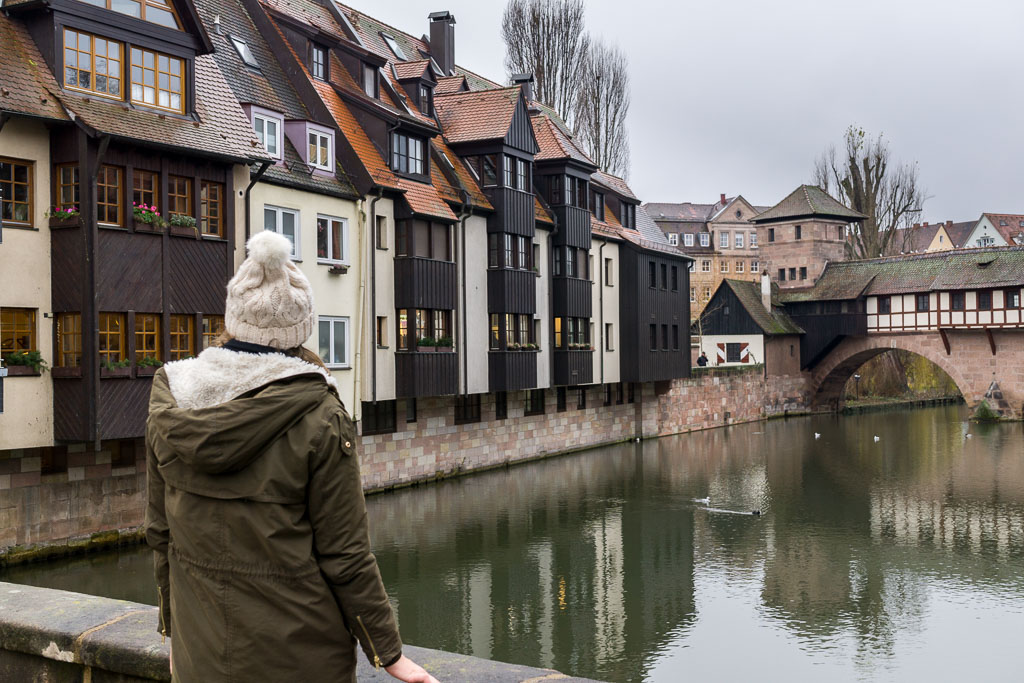 A beautiful part of Nuremberg. 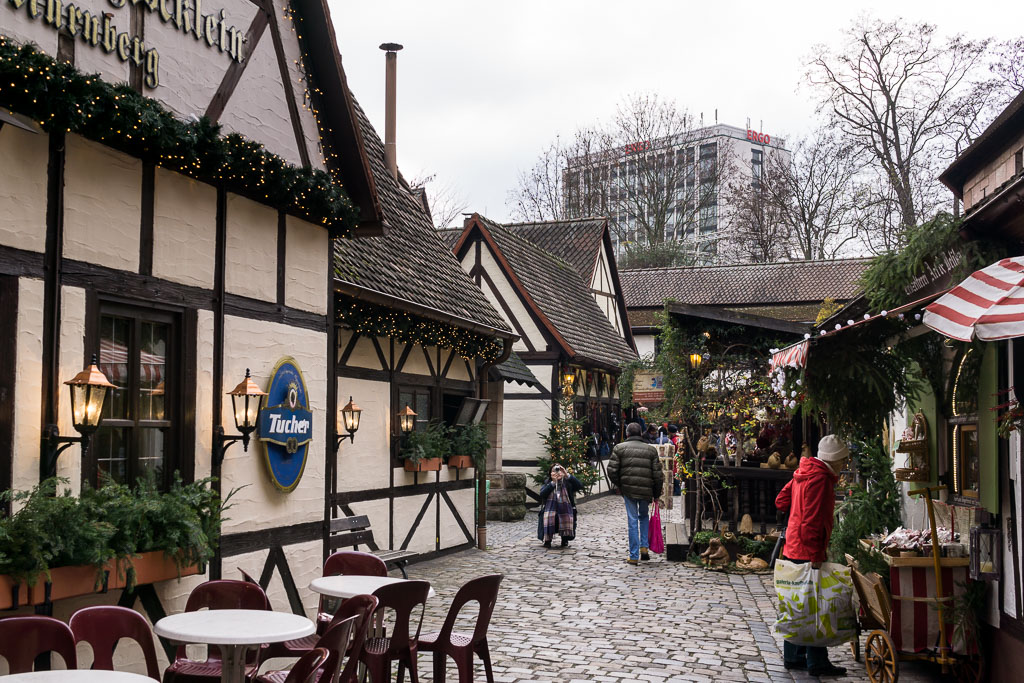 The Craftsman Courtyard was so cute! 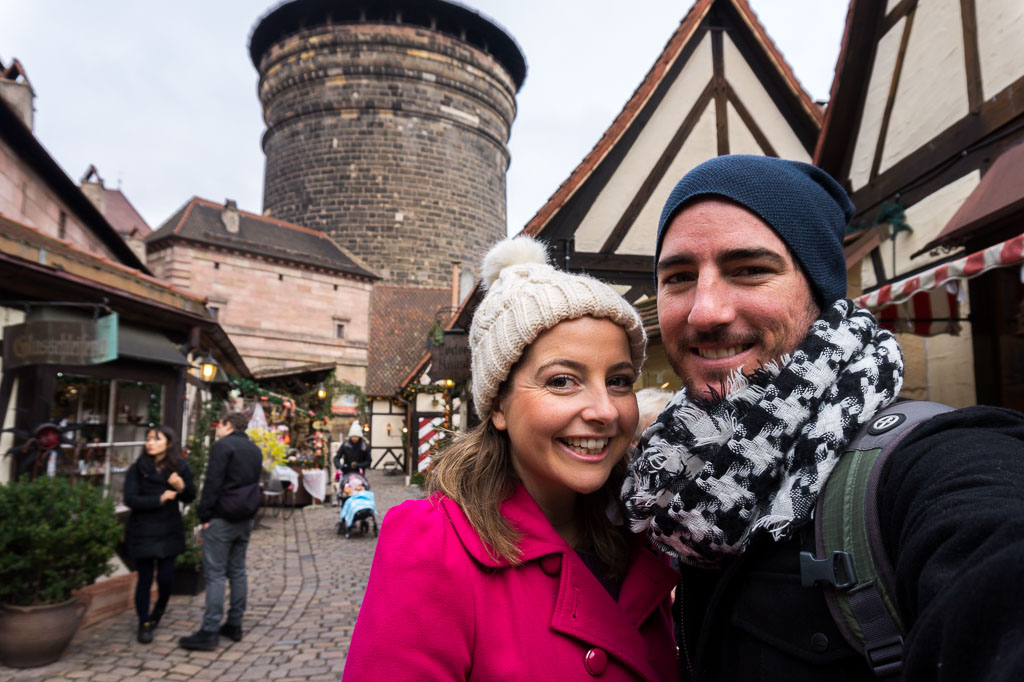 We loved wandering through these areas of Nuremberg.

We also explored Nuremberg’s Castle which we really enjoyed. It was really interesting to wander through and learn about the power and importance of the Holy Roman Empire and its role in Bavaria and the city of Nuremberg. We climbed the tower (of course) and it was really cool because as well as having a fantastic view over the current town of Nuremberg, it also had photographs showing how Nuremberg looked before the war and what it looked like immediately after. 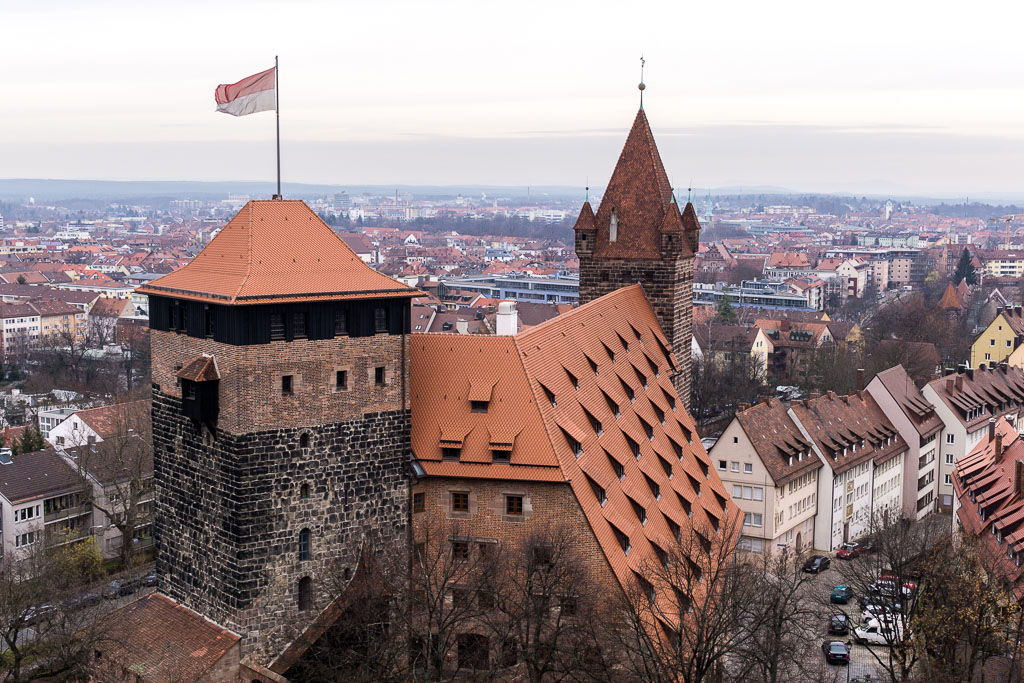 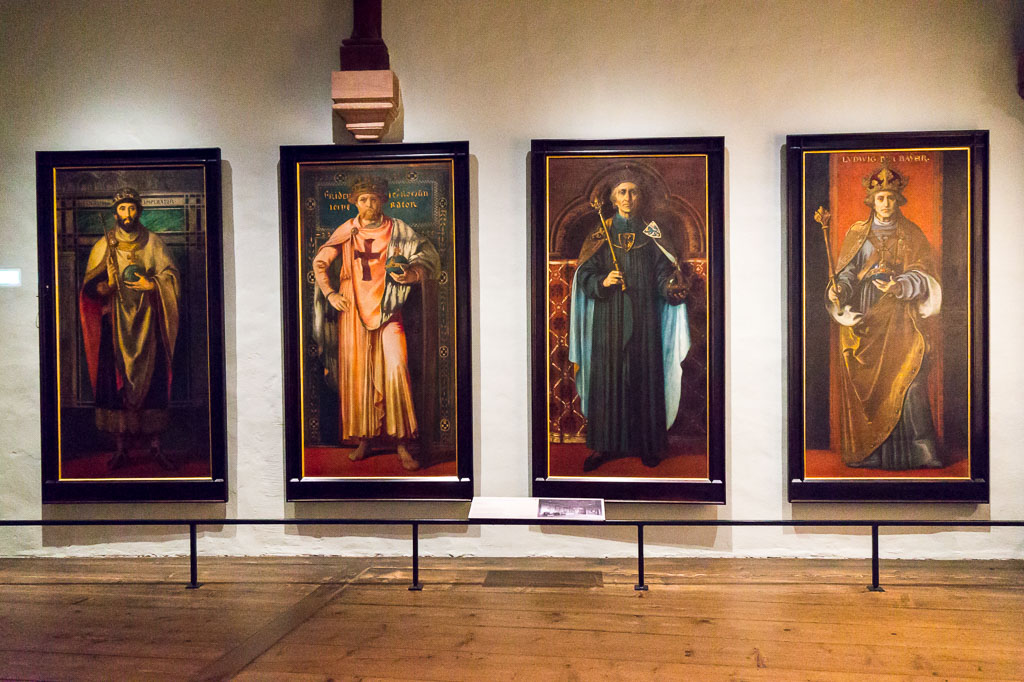 The Dukes of Nuremberg Castle.

The Christmas Markets were incredible, we could easily see why so many people visit them each year! We had so much fun exploring them. The Christmas Markets in Nuremberg were much more traditional than the ones we had visited in Berlin but were still really lovely to wander through. We really enjoyed them. Though one very strange decoration was these Prune Men that were men and women made from dried prunes, figs and raisins and dressed up in costumes…a little odd!

We loved how you would come across little Christmas Markets all over the place, they just seemed to pop up everywhere! The main one is right in front of a beautiful church and is huge! 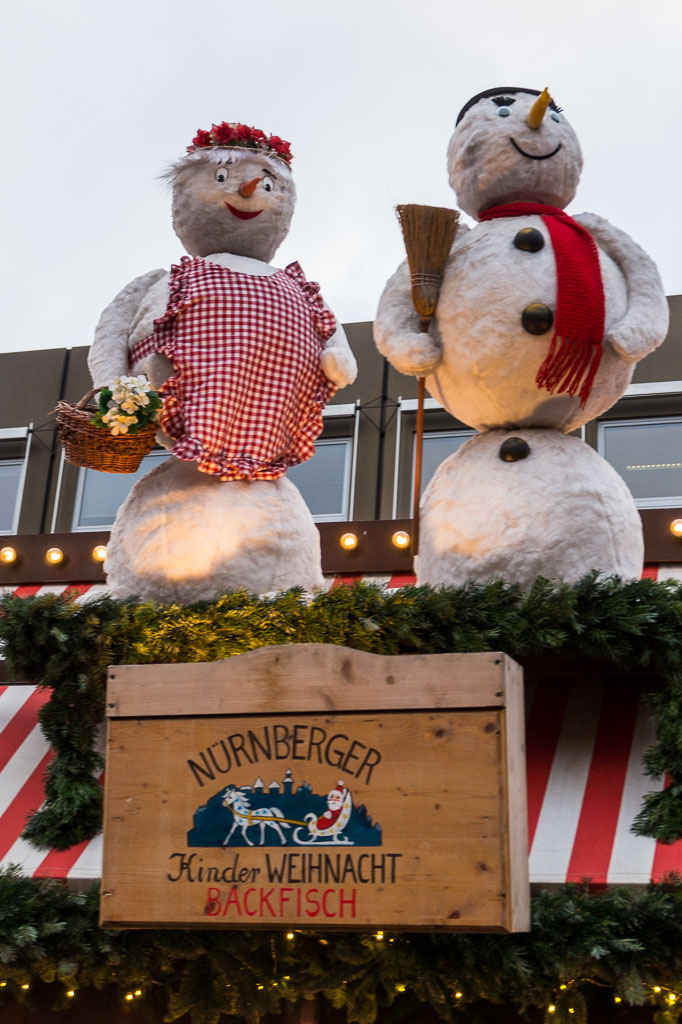 These snowmen overlooked a Children’s Christmas Market we stumbled across. 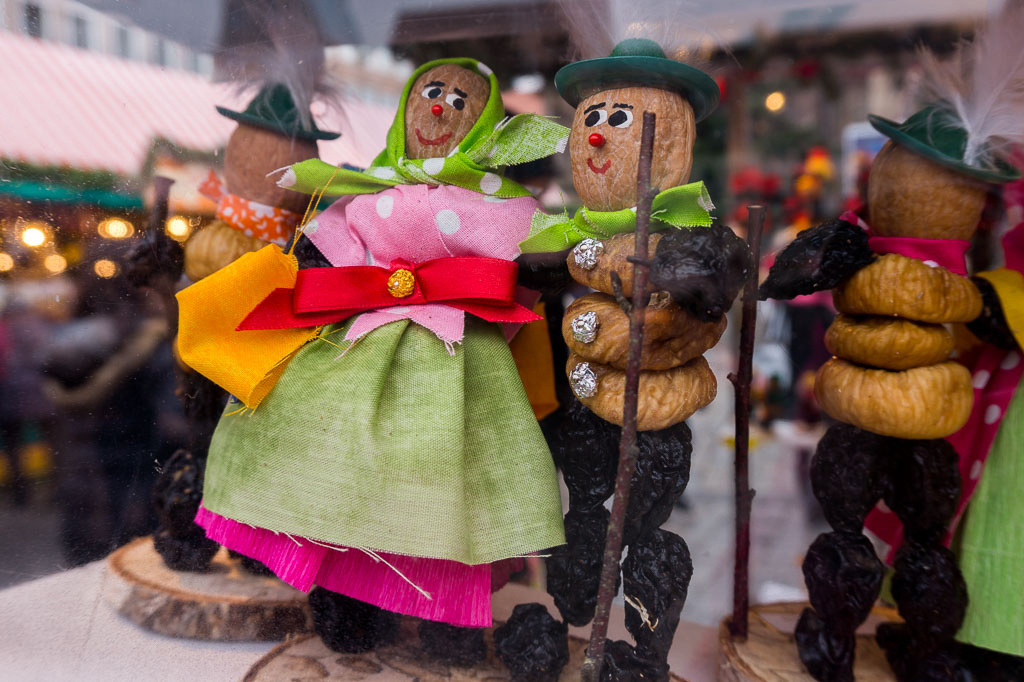 The Prune Men!! A little strange! 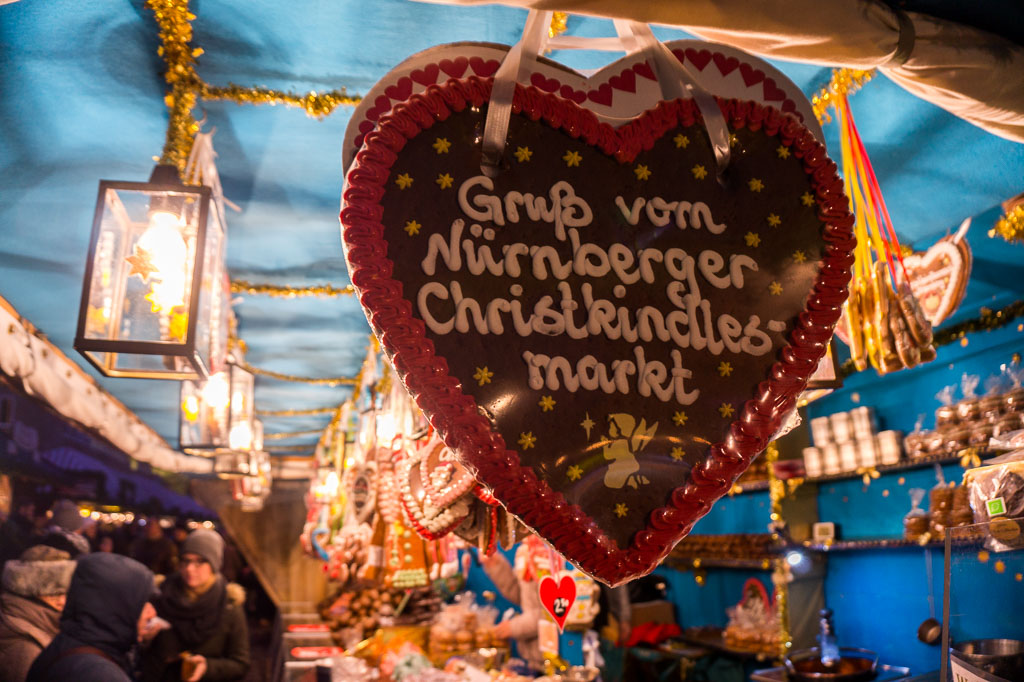 Nuremberg is known for its tasty gingerbread!

Nuremberg ended up being a really charming place that we loved exploring and it was a complete surprise how much we enjoyed it. 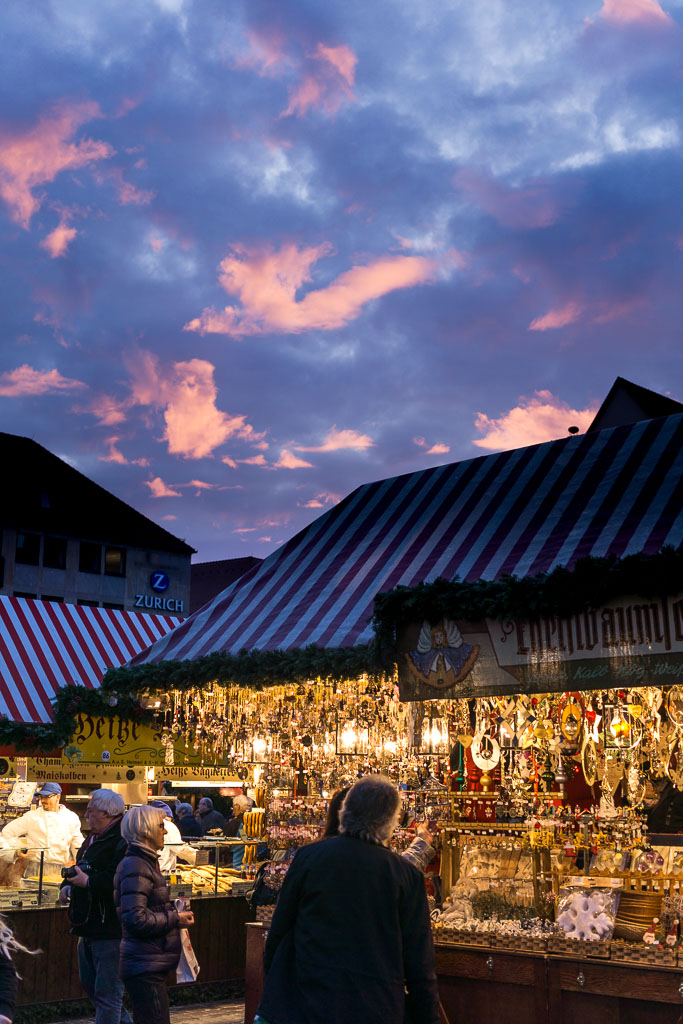 Sunset over the Christmas Market.

Our Instagram has our daily adventures and we would love to hear from you!