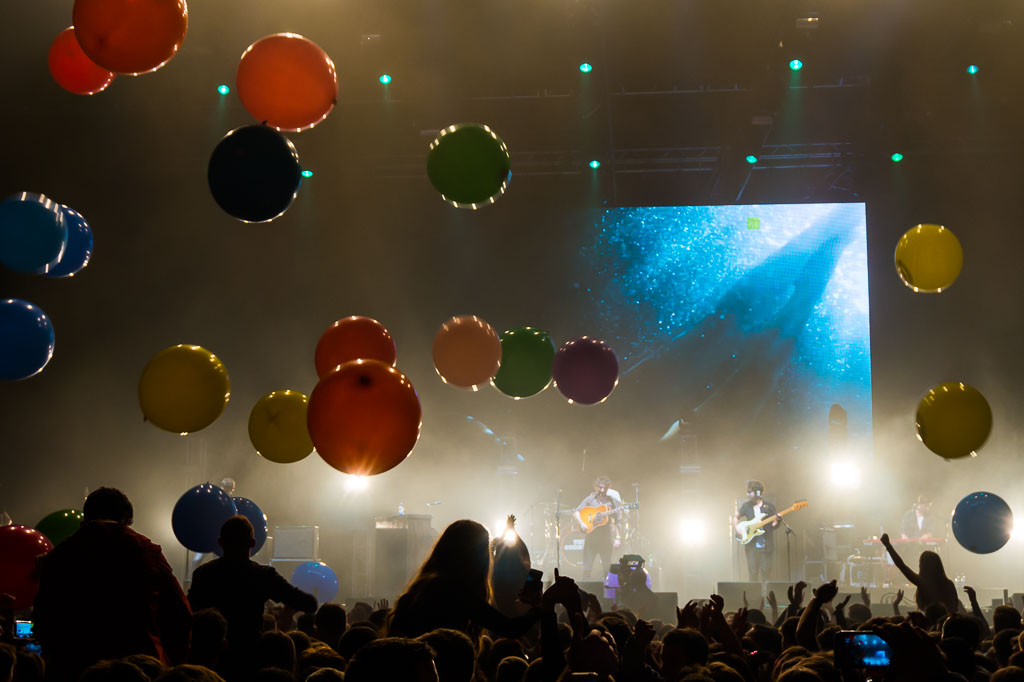 New Year’s in Dublin was so much fun. We had such a great time!

With so many pubs to choose from, celebrating New Year’s in Dublin seemed like a pretty fun idea…even better they also host a three day New Year’s Festival which was brilliant. It’s basically 2 days of partying and music followed by a Resolution Day, which is much more health and wellness based! We ended up seeing a fair bit of this festival and would definitely recommend it! 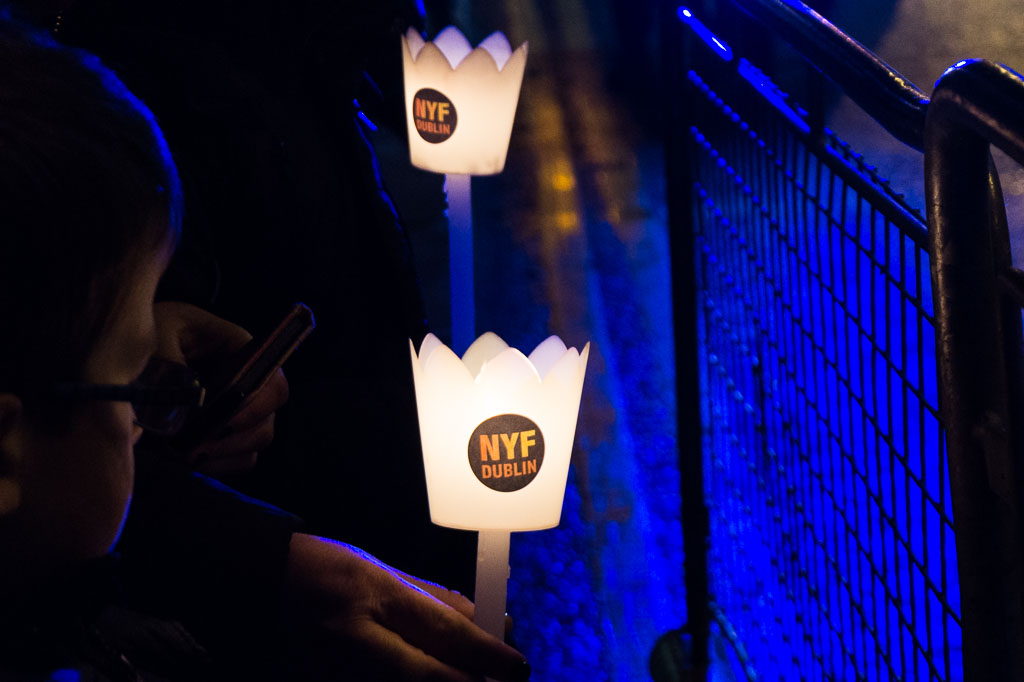 One of our favourite parts of the festival was the Music Trail. Musicians playing acoustic sets in different areas across Dublin. This was really cool as you got to see lots of the city and some amazing musicians playing in all sorts of different places. 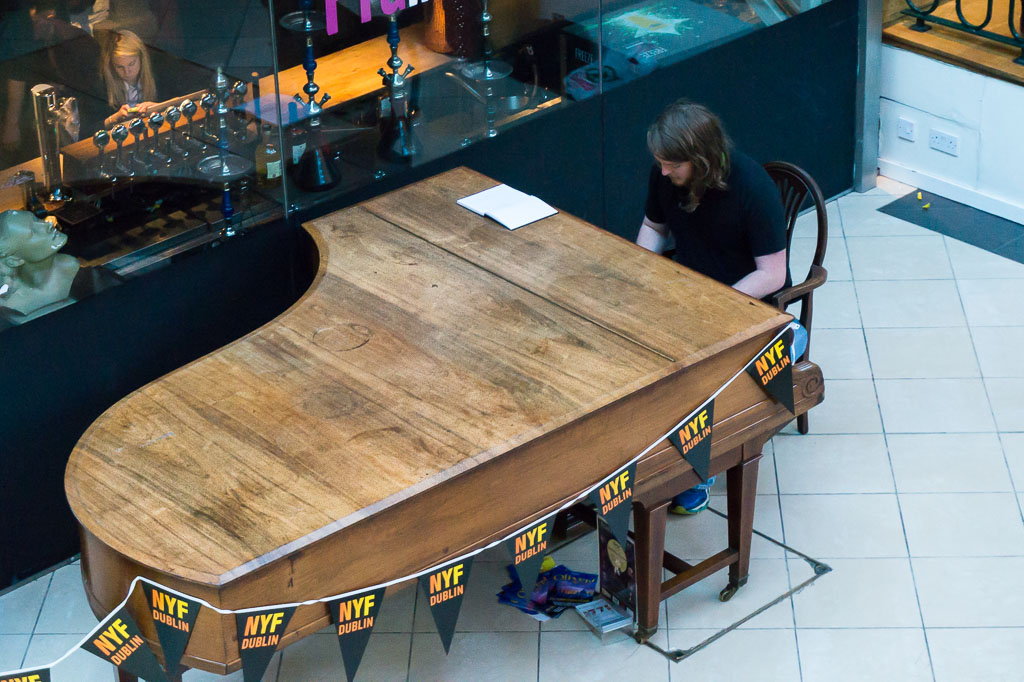 Piano man on the Music Trail.

A couple of highlights were a guy playing piano in a very busy food court, a very cool young band that played a set in the post office, a girl with her guitar and a guy on a drum playing in a museum and two blokes who played a great set outside the Mayor’s house when it was absolutely freezing! 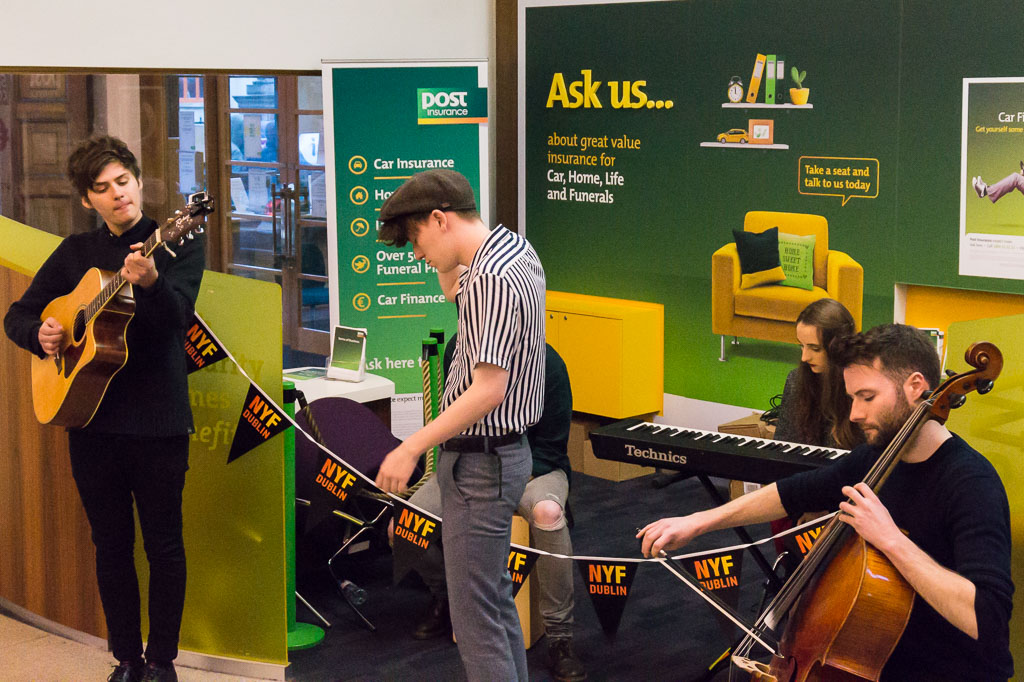 This band playing in the Post Office were brilliant. 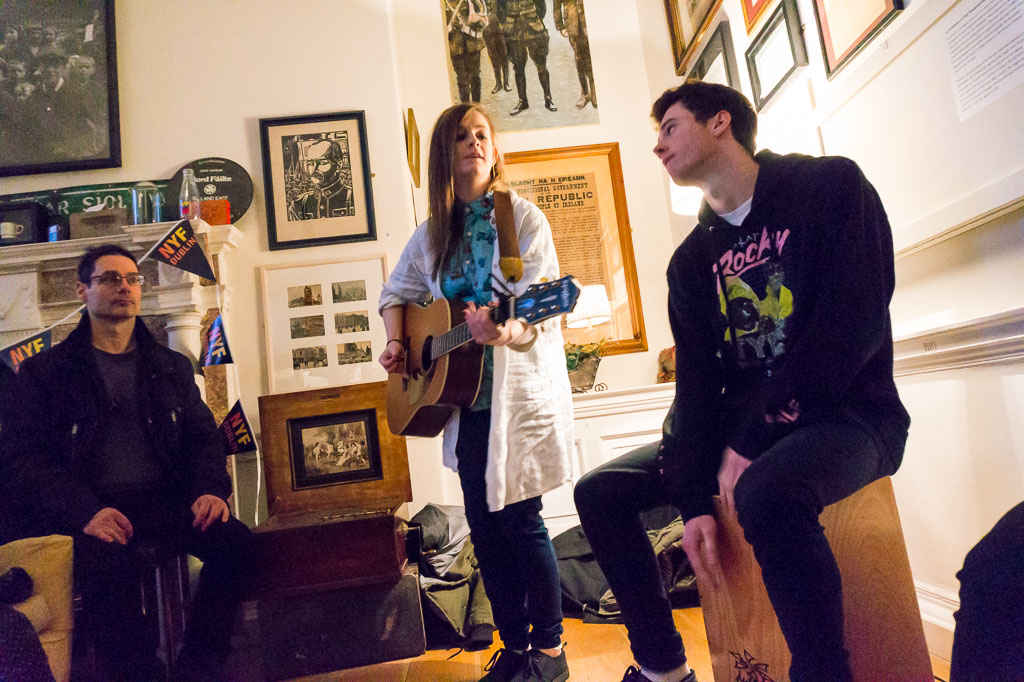 In a heritage museum 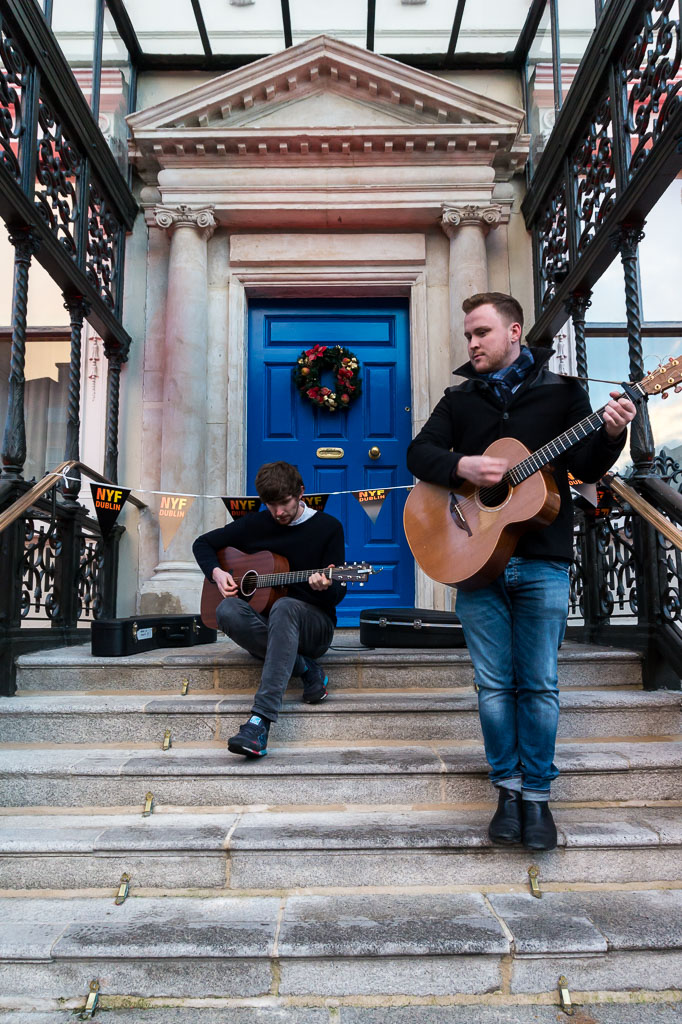 Honestly not sure how these guys were able to play it was soooo cold!

Such a great idea to showcase not only the amazing local talent, but also different areas of the city! We loved following this around Dublin.

New Year’s Eve was a lot of fun. After following the Music Trail for a while, we headed to St Stephen’s Green to watch Luminosity. This was an Irish themed light show projected against one of the buildings. 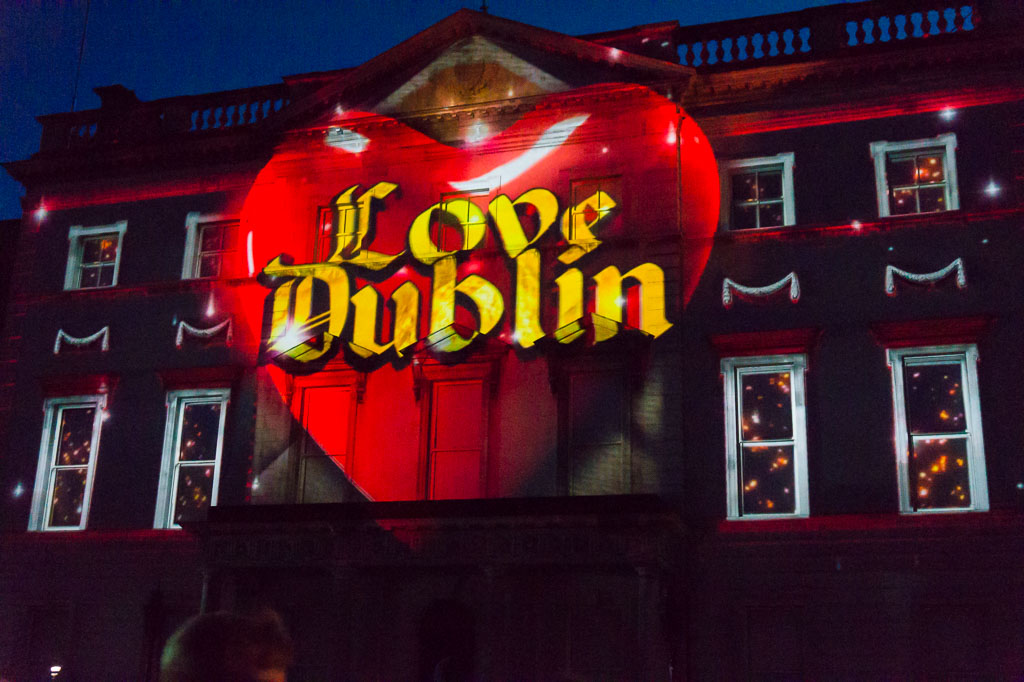 After this, we headed to watch the Street Light Parade down Grafton Street. This was a lot of fun and absolutely hilarious. A parade of people dressed up in all sorts of costumes and lights dancing around the city! 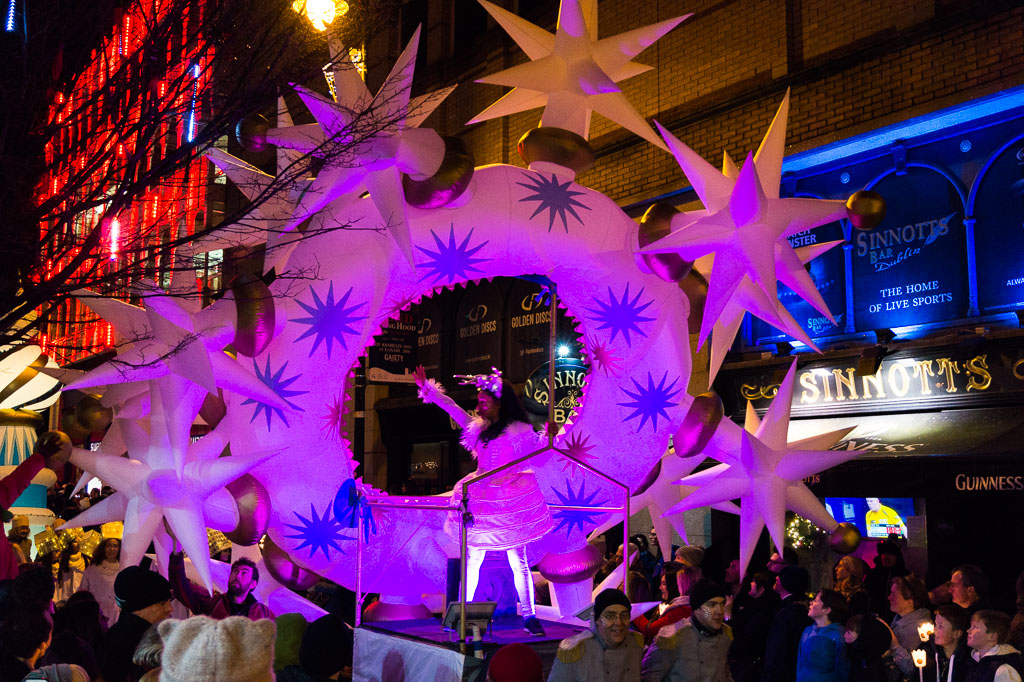 One of the many unusual costumes during the Street Parade.

A quick dinner stop before we headed to our New Year’s Festival Countdown Concert. This was fantastic. A great night of dancing to some brilliant Irish musicians. We had the best fun, and heard some great music from Kila, Ryan Sheridan, Fat Boy Slim (didn’t even know he was still around!!) and the Coronas. A brilliant way to bring in the New Year! 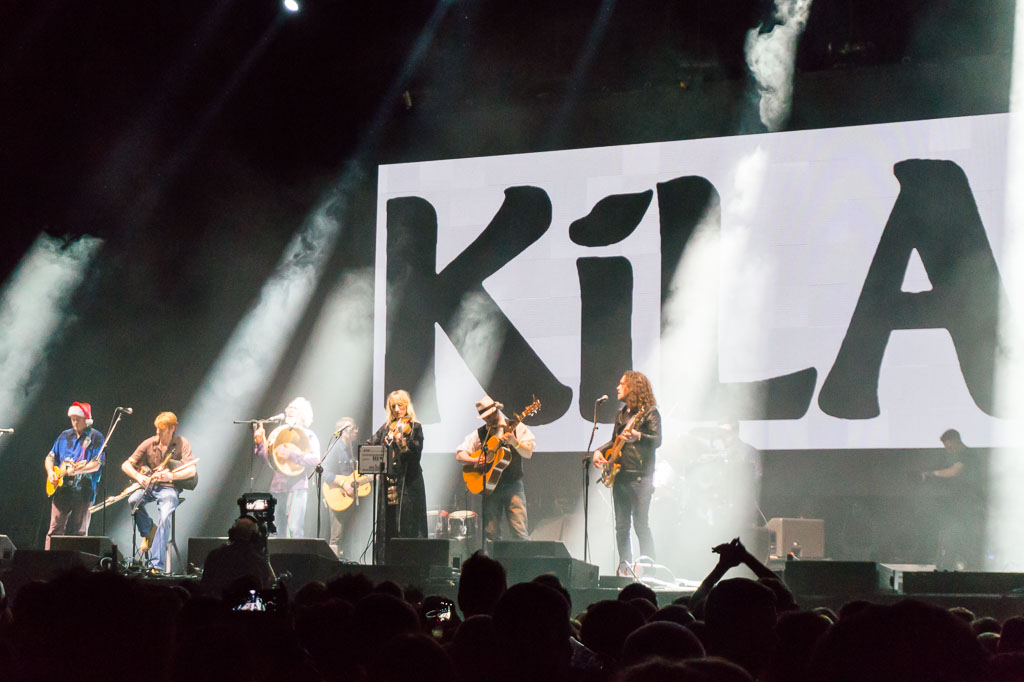 The music concert was brilliant.

We did have intentions of going to enjoy the Resolutions Day but the weather was awful! And to be completely honest, we were feeling very lazy so instead, spent the first day of our New Year not doing a lot…you know, just relaxing from all the travel!

As always, Instagram has more photos from our time exploring Dublin.